Many formulas today are fortified with probiotics or prebiotics to help prevent allergies and asthma, but allergists at the 2019 Congress of the European Academy of Allergy and Clinical Immunology in Warsaw, Poland, say that may be putting the cart before the horse.

First, a primer: What are probiotics and prebiotics?

Probiotics are organisms that have a beneficial effect on your health. Prebiotics are elements that help probiotics work, and symbiotics is a term that describes what happens when probiotics and prebiotics work together, explained Philipp Eigenmann, M.D., professor of pediatrics at Geneva University Hospital in Switzerland.

Why are they in formulas if we’re not sure they help allergies?

Experts agree that gut flora, or microorganisms in the gastrointestinal tract, are necessary for infants to develop tolerance to foods and thereby prevent allergies. One study has found that allergic and non-allergic children have different flora in their guts. So while giving probiotics or prebiotics makes sense, it hasn’t been proven by the medical research.

In his talk at the Congress, Eigenmann described two meta-analyses that found using probiotics in formula provided a small but not clinically significant benefit for both prevention of eczema and treatment of eczema, and there was inconsistency between studies. In other words, patients or their parents did not report any difference in symptoms or occurrence of eczema. But Eigenmann suggested that studies are not being done the right way to capture the benefits. Most studies only test a couple of probiotics, though there are many in the gut, and few look at prebiotics and symbiotics. “There are many, many different types of probiotics and the effects of them are not the same,” said Eigenmann.

In a double-blind study from Norway, 415 pregnant women were randomized into a group given probiotics from week 36 of their pregnancy to three weeks postpartum and into a control group. Children born to those in the treatment group had a 42 percent reduced risk of eczema. Another researcher reported a study of women given probiotics during their last month of pregnancy and to their newborns for six months. They found no decrease in allergic disease in the children overall, but they did find that the probiotics reduced the risk in babies delivered by Cesarean section. These babies are thought to be at increased risk of allergies and eczema because they are not exposed to immune boosting bacteria in the birth canal.

What was the conclusion of the research, and what does it mean for me?

More research is needed to determine the benefits of probiotics and prebiotics in formula, including research that includes symbiotics. Until then, probiotics appear to be safe in the majority of people, though there’s a very small risk of infections and bowel complications in some at risk people. 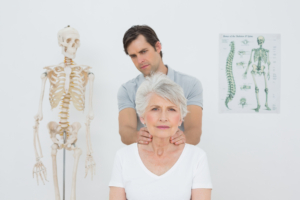